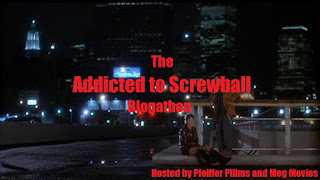 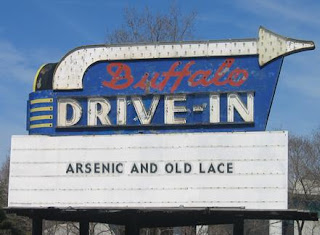 On Broadway, this absolutely hilarious play was a huge hit.  The author, Joseph Kesselring, wrote a dozen plays, four of which were produced on the Great White Way, but this one was his biggest hit.  It ran for 1,444 performances, which was good enough to rank it in the top 100 list of longest running plays.  The original cast of the play included Jean Adair, Josephine Hull and John Alexander, who would reprise their roles in the film version.  The cast also included Boris Karloff as the renegade prison-escapee brother.  (This makes the lines in which the brother is said to "look like Boris Karloff" all that much funnier.)  Karloff was still portraying the brother on stage at the time of filming, so Raymond Massey was tagged for the movie.  Massey was good, but imagine if Karloff had actually been available... 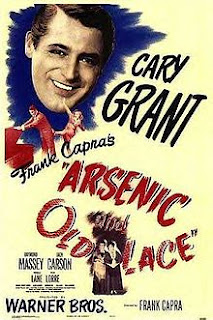 Mortimer Brewster (Cary Grant) and his fiancee, Elaine (Priscilla Lane), a trying to get a marriage license.  Mortimer is hampered by the fact that he has been, in the past, an outspoken advocate against the institution of marriage, and has in fact written at least one, possibly more, books on the subject.  So from the outset he is trying to avoid publicity. 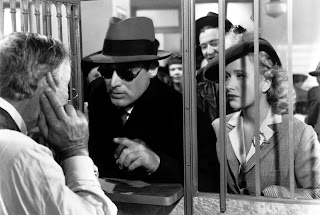 Meanwhile his two doddering aunts, Abby (Josephine Hull) and Martha (Jean Adair) are quietly going about their business back home.  Part of their "business" involves inviting older, retired gentlemen who have no family to their home, ostensibly to rent a room in their old house.  But instead they are doing their part for "charity" by poisoning the men and burying them in the cellar. 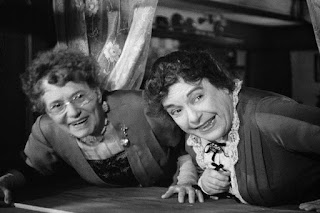 They are assisted, unwittingly, by Mortimer's brother, Teddy (John Alexander), who is under the delusion that he is actually Theodore Roosevelt (former President of the United States Theodore Roosevelt, that is.)  He buries the victims, believing they are victims of "yellow fever". They are buried in the cellar where Teddy believes he is digging new locks for the Panama Canal. Some of the funniest moments of the movie are when Teddy, acting out his delusion, believes he is reenacting Roosevelt's famous charge up San Juan Hill (actually the staircase of the old house). 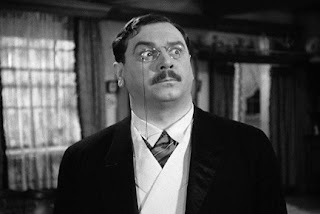 When Mortimer comes home to tell his aunts of his glad tidings, he finds the most recent victim of his aunts' "charitable" work in the window seat.  He actually believes it was Teddy who committed the crime,until his aunts correct his misconception.  Mortimer is shocked to say the least over his aunts' indiscretions.  He seeks to have Teddy committed so he can blame him if the time comes that the murders are discovered and frantically tries to get the paperwork underway. 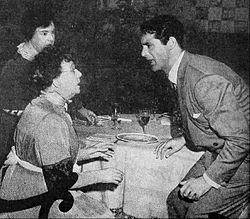 Meanwhile, Mortimer's other brother, a psychotic killer named Johnathan (Raymond Massey) escapes prison and comes to his aunts' home with his personal doctor, also a prison escapee, Dr, Einstein (Peter Lorre).  Johnathan has also killed someone and has the body stuffed in the car he stole until he can get rid of it.  He discovers the dead body of the latest victim in the window seat and assumes his brother Mortimer had something to do with it.  Thus he feels he has something to old over old Mort if his brother follows through with calling the police. 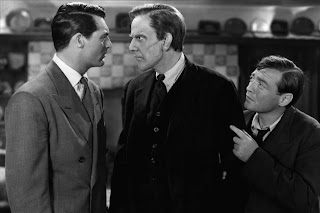 Hijinks ensue as Teddy carries the latest "yellow fever" victim to be buried in the "Panama Canal".  Jonathan and Einstein replace the body with their own body.  Poor Mortimer thinks his aunts have struck again, even though they are innocent.  At the same time, Elaine (remember Elaine, Mortimer's new bride?) still tries to get Mortimer to get going on their honeymoon.  Which isn't going well, since Mort is preoccupied with trying to get his family under control. 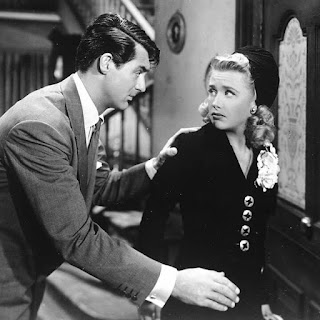 As Mortimer says "Insanity runs in the family. It practically gallops."  He desperately tries to get Teddy committed as well as tries to get Jonathan and his unwanted companion to leave.  And he also has to deal with his aunts who don't want Teddy to be committed, and when that doesn't work, want to go with him to the mental institution. 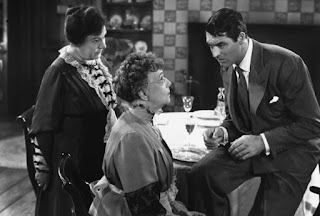 This movie is the most fun I've ever had with a movie that didn't depend on crass farting jokes or drunken fraternity gags or two brothers trying to run from the cops.  It's a classic, and Cary Grant's facial expressions are absolutely priceless. 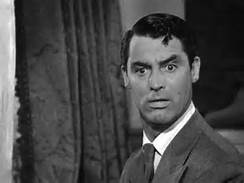 All three insane relatives in the house are exquisite too.  Even Peter Lorre manages to be funny on occasion (though I find it hard to separate him from his more dramatic roles, since those are the ones with which I'm most familiar).

As I stated before some of the humor with describing Johnathan as "looking like Boris Karloff" is lost simply because it's not Karloff.  But in defense of the movie, he actually DOES look a bit like Boris at times. 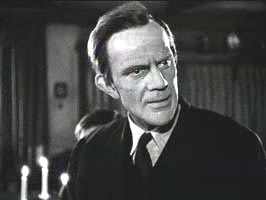 This one should be immediately added to your "to watch" list, if you haven't seen it, or queued up for a re-watch, if you have.