The Most Fabulous Place in the World 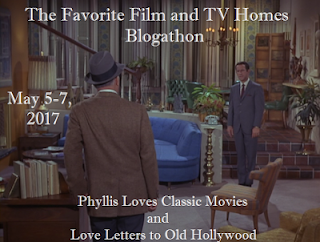 
It looks like the coolest vacation spot in the world.  On the other hand, anyone who goes in, never gets out.  It's a prison.  It's the place where the secret service sends all their rogue agents.  Or maybe its some foreign power who wants his privileged information.  You can't really know. The Prisoner was the genesis of  Patrick McGoohan, who had previously been the star of a series called Secret Agent (British title: Danger Man).  In it, Number Six (Patrick McGoohan) has had enough of his job as a secret agent (maybe the same character  as in Secret Agent/Danger Man?), and quits.  His superiors, or some other entity, drugs him and deposits him in "The Village".  The Village represents a prison only in the fact that escape is impossible.  Number Six (the titular Prisoner) can go anywhere and do anything he wants, except leave the premises of The Village. 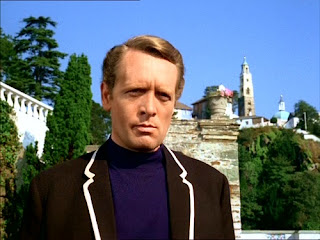 And why would anyone want to leave The Village?  After all, it's an idyllic place (if you don't mind being kept a prisoner, at any rate).  The only really disconcerting part of living in the Village is that the powers that be, in the guise of Number Two, continually try to extract from Number Six his reasons for quitting the spy business.  Number Six , over the course of the entire series, refuses to cooperate, but rather than be tortured, he is allowed to live as he pleases, albeit within the confines of the Village.

The Village is, in real life, the resort of Hotel Portmeirion in North Wales.  It is an exquisite looking place, what is described as an Italianate designed by British architect Sir Clough Williams-Ellis.  A view of this exquisite resort is all you need to want to go there immediately.

As the "prison" in The Prisoner, it is fairly sedate. Number 6 has his freedom to wander the entire grounds at will, just not the freedom to leave the confines. If he does try, "Rover", a guardian which looks like nothing more innocuous than an enormous beach ball, captures him and returns him to the prison. 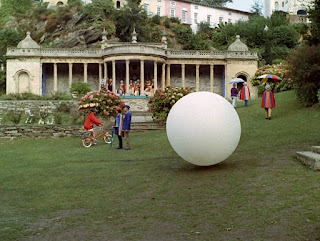 Number 6 is able to acquire a map of his surrounding area:

Number 6 tries to find out just where exactly he is in relationship to the rest of the world (when he's not defying authority or trying to escape, that is).  But the map is less than helpful.  For my own part, I'd just take the easy life and try to find my center of happiness in the sedate surroundings.  Of course, there's that niggling little problem with the reigning authorities trying to get inside your head and find out why you quit, but I think I'm enough of a jackass to tell them to "go to Hell and leave me be."  Then I can enjoy the place.

It should be noted that Number 6's digs are fairly nondescript.   Nothing to write home about.  But then nothing says he has to stay in his apartment 24/7.  He can get out and enjoy the surroundings.


A final addition to this blog entry are several pictures to show you why I find this place a desirable alternative to my current digs. 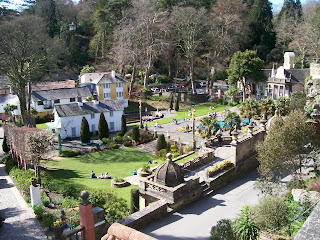 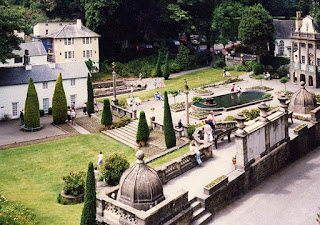 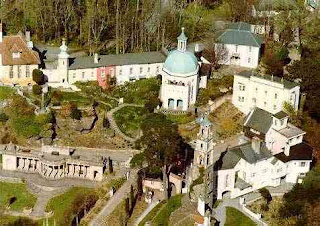 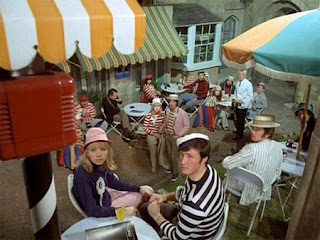 BTW, if you've never seen "The Prisoner", I highly recommend it.  It is only a 16 episode series.  Patrick McGoohan began an ended the series in one season, with a fairly odd but somewhat satisfying resolution to the series. (so there's no annoying drop in which the overriding dilemma of the series doesn't get resolved).  Not only that, but you get to see why I love this place so much.