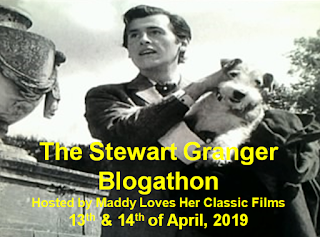 This is my entry in the Stewart Granger Blogathon hosted by Maddy Loves Her Classic Films. 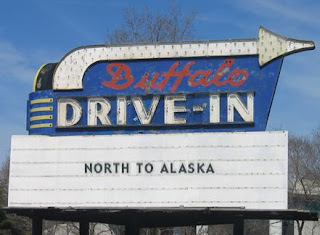 The story of the gold rush of Alaska may be overshadowed by the previous gold rush in California in 1849, but it still has some cache of interest to those of us interested in history.  The movie North to Alaska covers some of the feel.

It should be noted that the movie was filmed in California, which explains why the terrain doesn't exactly seem right.  But if you don't let that bother you, it has a great feel for the time of the movie.  (Whether or not the Nome of 1901 had such muddy streets or not...) 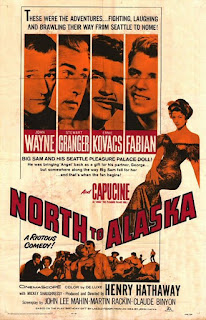 Sam McCord (John Wayne) and George Pratt (Stewart Granger) and his brother Billy (Fabian) have been working a gold mine near Nome, in Alaska.  And they have been very successful at it. 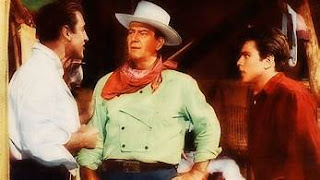 Sam is on his way to Seattle to get some more mining supplies, and as an added bonus he is tagged to bring back with him Jenny, the love of George.  Jenny and George have been corresponding over the past three years and George is infatuated and plans to marry her.  He has even built a honeymoon cabin just off the way from the main cabin the three men share. 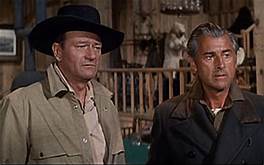 Sam arrives in Seattle, not knowing what to expect, but he finds more than he bargained for.  Jenny is a maid in a rich man's house.  Not only that, but she gave up on George some time before and is now married to the head butler of same rich man's house.  Sam, who doesn't have a high opinion on women in the first place, is disgusted.  As a result, he decides to get drunk over it. 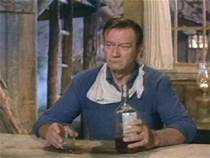 While in Seattle, he goes to the Hen House, a local bordello.  There he meets "Angel" (Capucine), whose real name is Michelle Bonet, and is French.  It seems to Sam she would be the perfect substitute for George, since Jenny was also French. (They all look alike...?)  He convinces her to go with him to Alaska.  But Michelle gets the wrong impression.  She thinks she is going to be with Sam. 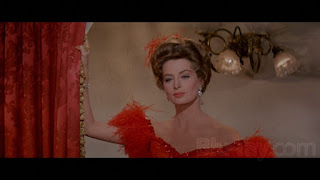 To make matters worse, during the trip, Sam is such a gallant gentleman, it causes Michelle to fall in love with Sam.  When the truth is revealed, Michelle is of course distraught, but by that time she is already in Nome.  She originally plans to return to Seattle, but changes her mind.

Back at the base camp, George of course is angry about the situation.  He wants Jenny and thinks Sam either got drunk and forgot her, or some equally malevolent act.  And Billy has a puppy dog love for Michelle, whom she rejects because, after all, she is in love with Sam.  Eventually, George, who realizes that Michelle is in love with Sam decides to try to manipulate Sam into admitting he loves Michelle in return.

Meanwhile, in Nome, Frankie Canon (Ernie Kovacs), a small-time hustler who has managed to finagle himself into being a bigwig has designs on Michelle, too.  It turns out they were an item way back when he was a gambler and she was a prostitute in New Orleans.  And he thinks she's back in town to be with him.  Plus he has lots of money, all acquired illegally, including managing to file false claims on several gold mines in the area.  One of which is Sam and George's.

A rare comedy from the Wayne oeuvre, this one has plenty of misunderstandings and double talk standards of the genre which, while maybe not as hilarious as, say, Arsenic and Old Lace  or Blazing Saddles in the sense of laugh out loud comedy, is still pretty funny.  Check it out.

Time to saddle up and ride home.  Drive safely, folks.