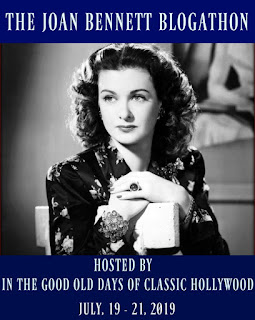 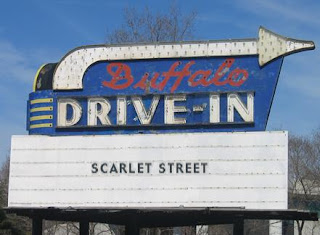 Yet another example of how the female species can't be trusted in the film noir world.  But to Catherine "Kitty" March's credit, she is spurred on by her lover, Johnny.  Which brings in a second factor to those of you caught in a film noir cycle.  If you see Dan Duryea anywhere in the vicinity, run like hell the other direction.

Joan Bennett is an attractive bait for a harangued and disillusioned man like Chris Cross (Edward G. Robinson).  Like some alcoholics, Cross seems to be of the notion "if you had a wife like mine, you'd look for companionship elsewhere, too..."  Adele Cross (Rosalind Ivan) is the perfect example of a film noir harridan.

But Cross is a victim of his own makings.  Sure his wife is a t-total witch, but his wandering eye is the cause of his own problems.  Kitty and Johnny are duplicitous, but Cross goes into it willingly if not completely aware of the behind-the scenes shenanigans. 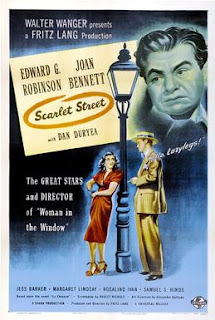 Christopher Cross (Edward G. Robinson) is feted by his boss and fellow employees for his faithful 25 years of service as a cashier.  He is even given a gold watch by his boss as a token of his esteem for his servant.  When the party breaks up, Cross and his friend watch as his boss gets in a limo with his gorgeous (and young) wife.

Cross laments that he never had any luck finding love with a hot number like his boss's wife.  On the way home he witness a beautiful young girl being assaulted by a hoodlum and goes to her rescue.  Unbeknownst to Cross, however, the "hoodlum" was really, in fact Kitty's (Joan Bennett) boyfriend, Johnny (Dan Duryea), whom she allows to escape while Cross goes in search of a policeman.

After the policeman runs off in the wrong direction, due to Kitty's misdirection, the two go off.  Cross invites Kitty for a drink, where Kitty is given the impression that Cross is not a cashier, but actually a painter, and maybe wealthier than he lets on.  (Cross, does paint, and he thinks his work is amateur at best, and, of course, is not in reality a painter by trade.) Later, Kitty and Johnny concoct a scheme to weasel money out of Cross, whom they think is rich.

Cross, stuck in a loveless marriage, falls in love with Kitty (and who wouldn't if she was as true as she lets on to be.)  Kitty uses Cross in anyway she can, trying to wheedle money out of him to pay for a new apartment, among other things.  She sweetens the pot by telling him the apartment can double as an art studio.

Things go on as planned, and even when Cross shows up unexpectedly to find Kitty with Johnny, the two manage to convince Cross that Johnny is not involved with Kitty, but her former roommate instead, with whom she still maintains a friendship.  The subterfuge works mainly because Cross is rather dim-witted at best and truly believes that Kitty really loves him in return.  Love can be blind like that.

The fly in the ointment, of course, is Adele (Rosalind Ivan), Cross' actual wife.  It is a wonder how Cross and Adele ever hooked up.  She is a shrew whose former husband was a police detective who died trying to save a drowning woman.  She is clearly still in love with her dead husband, as a full size portrait of the gent dominates the living room of their apartment.  (The fact that Cross puts up with it just goes to prove how meek and weak-willed he is.)

Cross first manages to steal some of Adele's money she has been hoarding from the death insurance payoff from her previous husband.  When Kitty and Johnny still look for even more money, Cross' commitment to his job proves to be the source of a windfall, as he embezzles the money from his employer.

Meanwhile, Johnny and Kitty have discovered that some people think Cross' paintings are pretty good, so they concoct a scheme to sell them as Kitty's paintings instead.  Oh the web gets even more tangled...

Cross still debates how he can get out of his marriage to Adele so he can marry Kitty, and when fate drops an opportunity in his lap, he jumps at the chance.

The opportunity in question is the resurfacing of Adele's former husband, Higgins (Charles Kemper) whom, it turns out, was not quite the honest cop he had the world believing he was.  When the supposed dead Higgins tries to extort money from Cross he arranges for the husband to steal it from his own wife, neglecting to tell Higgins that his wife will be in the same room at the time.

When Cross tells Kitty they can now be married, Kitty laughs in his face.  Which doesn't set well with Cross.

As a film noir, this movie has all the elements; duplicitous femme fatales, shading dealing with unscrupulous men, and even a cop who edges on he wrong side of the law.  At the center is the poor schlub whose world falls apart simply because he is in the wrong place at the wrong time.  My only complaint with the film (other than the fact that my two available copies had poor quality transfers) is that the ending seems a little bit disheveled.  Not that its not satisfactory in the sense that everybody gets what they deserve (to a point), just tat it seems to be a bit contrived.

That's it for this time.  Drive safely, folks. 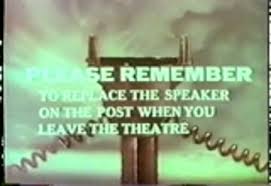