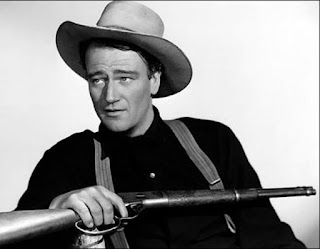 My fellow blogger Crystal over at In the Good Old Days of Classic Hollywood is always running star-oriented blogathons.  I bugged her a couple of times to run one of John Wayne, then I decided, well, why the hell don't I just do it myself?  Then I found out Rachel over at Hamlette's Soliloquy is just as big a Duke fan as I am, so we got to talking and agreed to a co-hosting gig.  And here it is:

"The Duke", as he was affectionately known, was an icon of the silver screen for many years.  Beginning in the early 20's as a stuntman and prop man, Wayne found his way into acting roles.  And gradually over the next 50 years he managed to make himself a household name, including the phenomenal feat of being named the most popular Hollywood star multiple years over that period.

The IMdB entry for John Wayne lists 178 acting credits, including a few guest star roles on TV, about 20 or 30 uncredited walk-on roles early in his career, but also an astounding 100+ stints as the star or co-star of feature films.  Which leaves us a pretty good pot to draw from for the blogathon.  So we are proposing the following set of rules for the blogathon.

1. Absolutely no duplicates allowed.  At 100+ choices (plus you could talk about his politics or his private life, if you want) there is more than enough opportunity for diversity.

2.  You can state your choice in the comments below.  First come, first served.  And please note, your humble bloggers have already picked Sands of Iwo Jima (for Hamlette) and a double feature of Stagecoach and The Shootist (for Quiggy) 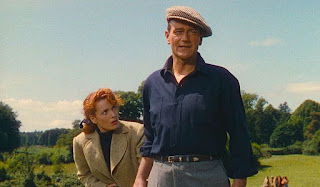 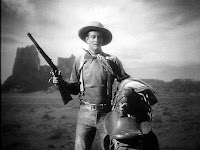 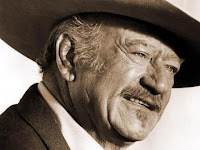 3.  Snag one of the banners below to put on your own blog with a link back to us so we can have lots of participation. 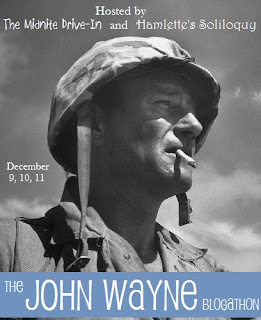 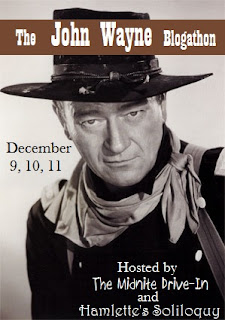 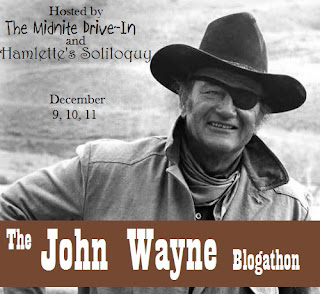 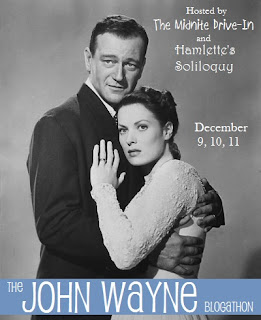 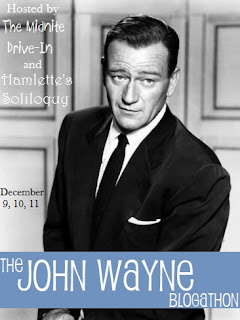 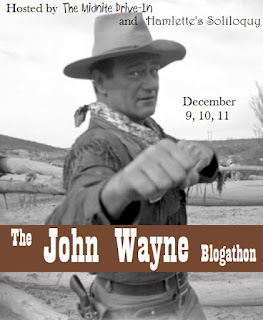 4,  Write your blog entry.  The dates of the blogathon are December 9-11 and you can choose any one of those three days.

5.  As an added bonus, I (Quiggy), have a copy of a good biography of John Wayne titled: American Titan: Searching for John Wayne by Marc Eliot.  The name of every blogger who submits a blog entry will be thrown into a hat, and one lucky winner will get the book (and location is not a consideration, even if you are in Canada, Europe or Australia).  But you HAVE to follow through and write a blog entry.  No award for signing up but not writing the entry... 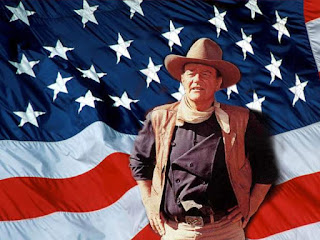