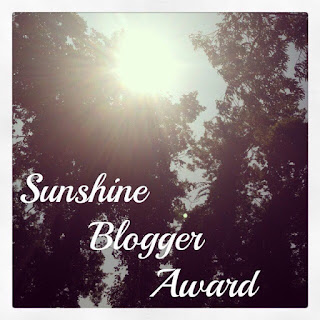 Defiant Success nominated me for a Sunshine Blogger award.  Don't know much about it, it appears to be a clone of a Liebster Award.  One thing for sure, if "Sunshine" is a synonym for happy and carefree, my output so far has been on the darker side of happy.  (They make me happy, I'll grant that.)  But who am I to quibble.

1. Favorite movie not many people have seen?

This one is easy.  I've answered it before.  There was a dark and quirky indie movie from New Zealand called "The Navigator: A Medieval Odyssey".  It's about a town in the 12th century being devastated by the plague and a young boy leads a crew of people to find a cure, and they end up in the 20th century. 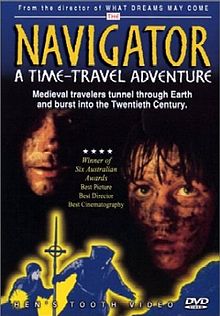 2. Same question but with a TV show

There's a whole list of decent TV shows that only lasted one season for some reason or another that I liked, most of them based one or  another  popular movie.  "Planet of the Apes", "Logan's Run" etc.  But I really like one based on the Van Damme movie "Timecop", and starring Ted King (Lorenzo Alcazar for you General Hospital junkies). The problem with that one, I'm sure, was that it was too complicated and cerebral  for the average person to follow.  I have an abiding interest in the scientific theories pertaining to time travel and even  I had a tough time following it.

3. Who do you want to see a biopic of and whom would you cast?

Somebody should do a biopic of John Wayne.  It's about time, don'tcha think?  Haven't seen "Trumbo" yet, so I can't say yea or nay to David James Elliot's performance.  But I admit I have no idea who else to cast...

5.  Have you attended a film festival?

No.  But Austin has one that occurs during SXSW that I'd like see.

6.  Black and white or Technicolor?

Depends on the genre.  War and westerns are better in color.  Film noir is only good in B/W.  With a few exceptions that are more correctly termed "neo-noir".

7.  What is your favorite book?

I've read Stephen King's "The Stand" ½ a dozen times in the past 30 years since I first read it in 1985.  Plan to read it again at least once or twice  more before I die.

Before the sucky prequels I would have said "Star Wars".  Now I'd have to go with "Star Trek".  Preferably the Shatner as Kirk original crew, but in a pinch I'd take the new crew.  Next Gen I liked most all of the characters but Troi (she was played by a hot actress, but the character just annoyed me to no end)

If John Wayne is in it, western, if not, film noir.

I mostly loathe musicals, sorry.  Sci-fi is the answer to this one hands down.

Comedy.  I love to make people laugh, and I love to laugh  myself.

Now I'm supposed to nominate 11 blogs.  I'll take the chicken's way out and just nominate you, yes, you reading this blog right now.  You are nominated.  And you don't even have to get dressed up to accept it.  You can accept it in your underwear.

9.  Who is/was the best screenwriter for dialogue?
10. Which movie had the best costumes?
11.  It's a three day weekend.  Assuming you have no other plans, list the movies you will binge on.  In this hypothetical scenario, you don't need sleep unless you just want it, so you could potentially have 72 hours in which to watch them.