Come One, Come All to the Circus!

This is my entry in the Dual Roles Blogathon, hosted by Christina Wehner and Silver Screenings 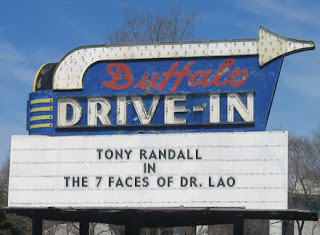 A quick glance at the roundup for this "Dual Roles" blogathon shows numerous entries for actors who are playing two separate roles.  In "Dr. Strangelove", Peter Sellers takes on a mere three roles.  To this I say "Bah!  Pikers!"

Ladies and gentlemen!  Come one, come all to the Circus of Dr. Lao.  Here you will see Dr. Lao himself.

You will also see the monstrous, but beguiling Medusa!

The enchanting God of Joy, Pan!

The fantastic wizard of antiquity, Merlin!

A mysterious seer of the future, Appolonius!

And a talking serpent!

Yes, that's right, folks! Tony Randall puts them all to shame by taking on 7 (count 'em, 7!) roles in The Seven Faces of Dr. Lao.

(Now, nitpickers will say that, in retrospect, Tony Randall was not actually the Abominable Snowman, although he was credited as it.  I'll concede that it's true.  George Pal's son, Peter, was the un-credited one in the snowman costume.  But, in that case,  I will add that Randall also appeared in the audience of the circus, looking pretty unimpressed with the proceedings.  So now we again have 7, so there!  :-D)

The movie was directed by George Pal, and is a loving rendition of a great fantasy novel written in 1935 by Charles G. Finney.  Charles Beaumont, a veteran screenwriter whose name should be familiar to fans of the Rod Serling show The Twilight Zone, adapted the novel for the screen. 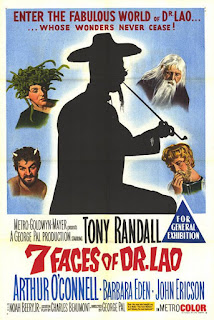 This film opens with a Chinese peasant, Dr. Lao (Tony Randall), riding in to the town of Abalone with his only apparent possessions being a long stemmed pipe, a jackass and a fish bowl with a fish in it.  He rides into town, immediately going to the local paper to advertise his circus.  Dr. Lao is. among other things, a magician, and we get a sample early on as he waves his hand to stop the noisy presses of the paper in order to get the attention of the printer, Sam (Noah Beery, Jr.).  He wants to talk with the man in charge, Ed Cunningham (John Ericson), but the printer claims he is busy. Enter the proposed villain of the picture.  Clint Stark (Arthur O'Connell).  Stark berates Ed, good-naturedly admittedly, for printing editorials calling into question Stark's motives for buying up wholesale portions of the town.  Ed suspects Stark has ulterior motives although he does not know what they are.  After Stark leaves Lao proposes buying a full page ad in Ed's newspaper advertising his Circus. 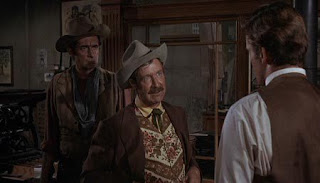 Ed has a crush on the local librarian, Angela Benedict (Barbara Eden), a widow with a son, Mike (Kevin Tate).  Angela spurns his advances with gusto, although her mother-in-law, with whom she still lives, Sarah (Argentina Brunetti) approves of him and thinks her widowed daughter-in-law should give in and accept his advances. 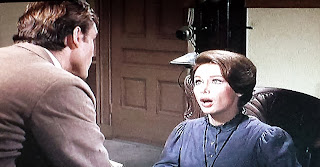 A town hall meeting is called in which the efforts of Stark to buy the town are addressed, but just before a final vote is called to accept his offer, Ed manages to postpone the vote.  He is still trying to find out Stark's motives.  Meantime Dr. Lao's Circus opens.  By the way, if you are unable to accept that such a large circus could be transported on the back of donkey, you are too literal-minded, and are probably in the wrong theater. 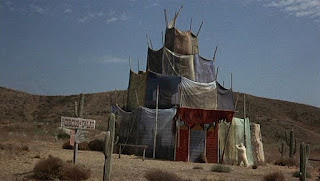 The towns patrons of the circus are addressed individually and see exactly what they seem to need to see.  Angela is enchanted by the pipes playing of the god Pan, who transforms, in her mind, from the god as played by Tony Randall into Ed as played by John Ericson.  A haughty woman who thinks more of herself than she really is, Mrs. Cassan (Lee Patrick) is brought down to Earth by the blunt but truthful predictions of the seer, Appolonius (Tony Randall).  A snotty little kid is given his comeuppance by the aged wizard Merlin (Tony Randall). A shrewish woman ( is turned to stone by the Medusa (Tony Randall), despite her insistence that its all a hoax.   And Stark meets a talking serpent (an animated creature that looks like stark, but is voiced by Tony Randall). 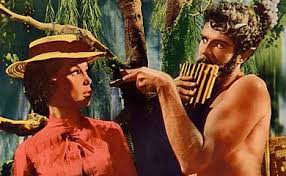 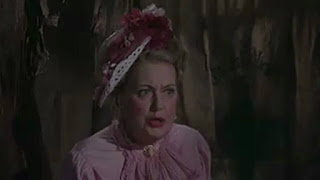 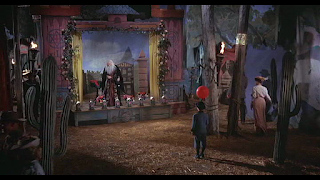 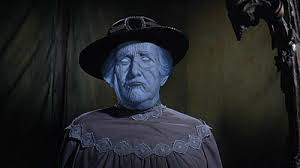 Throughout all of this is Dr. Lao who entertains as the ringmaster, not only using the pidgin English that personifies the Chinese in movies of the era, but also in a pretty decent Irish accent, and in straightforward American English on one occasion to Mike.  You might think all of this is a stereotype, and some will undoubtedly be offended by the portrayals, but I see it in the context of the fantasy of the overall film.  Randall as Dr. Lao exposes the faults of each of the citizens, all of which makes them change into better people by the end of the movie.  Even Stark. 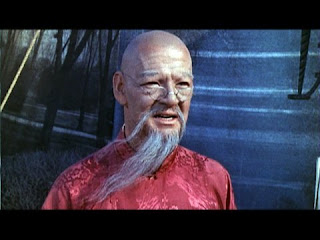 I hope I have intrigued you enough to want to watch this movie on your own.  I avoided any spoilers, because unlike many of the movies I reviewed in recent months, I think this one may be obscure enough that many of you may not have seen it.  trust me, it is a very entertaining fable, and the book is really good too, if you manage to find a copy.

Well, folks, the circus is closing.  Be sure to stock up on cotton candy and pretzels before you leave the theater.