Standing Tall in the Face of Disaster 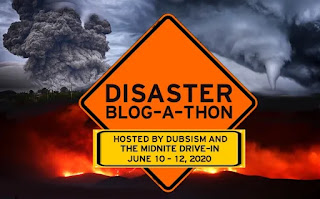 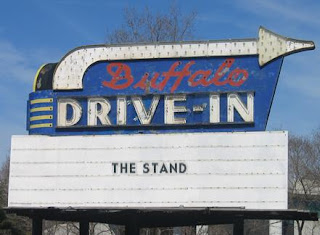 Stephen King has been off and on one of my favorite authors.  (I published a blog piece last year on how he influenced me, which you can read here.)  One of my favorite novels of his is The Stand, which was published way back in 1978.  In the summer of 1984 I had a job as a security guard in a manufacturing plant.  Since my main duties were to watch out for the computer room (this being back in the days when computers took up whole rooms and probably had less processing power than your current smart phone, but were extremely valuable), I had a lot of free time.  One of the books I read that summer was the original publication of The Stand.

In 1990, twelve years after the publication of the original, King brought out the "Complete and Uncut" edition of the book, in which he included much of the stuff that his publishers had forced him to leave out.  (Apparently, according to his preface, the publishers balked at releasing a 1200 page manuscript by a relatively new author and forced him to reduce it to a more manageable 800 page book, still a big book for a fledgling author, but compare that to the average book King puts out today.)

Was King a psychic?  The current spread of the Coronavirus is not near as devastating a disaster as the one described in the book, but one can't help but think of the current situation in the world today if one reads the book's first part (or watches part one of this miniseries).  Note: I would be less than honest if I did not tell you that King himself has recently tried to distance himself from comparisons of the "Super Flu" or "Captain Trips" described in The Stand from the current virus.  But when this blogathon idea first came to my attention back in November, it was the first film I thought of, and now it seems almost prescient that I chose it.

The book and film are both, by necessity, America-centric.  King himself, in the novel, never really delved into what happened in the rest of the world after he outbreak of the "Super-Flu".  Maybe the same thing happens in Russia and China and the rest of the world in some fashion. To be sure it's hard to imagine that some people didn't take the Super-flu with them outside of the continental United States.  That is the only flaw I see in the story however. 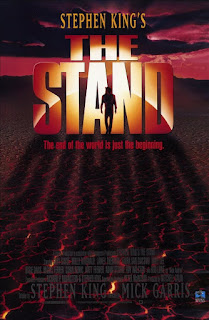 The whole thing starts with a mistake.  OK, so its not really all that much of a mistake.  The US military and the government have been working to create a lethal virus, ostensibly to be used in warfare.  But it is a series of mistakes and mishaps that gets it out into the open.  A mishap inside the military compound releases the virus and a security guard at the gate is told to shut down the complex.  But instead he panics and goes back to his home and gathers up his wfe and baby and hightails it before the override security can shut the gates.

Thus the beginning starts not with a bang but a whimper.   The next time we see the guard is when he crashes his car into a gas station in a podunk town in Texas, where Stu Redman (Gary Sinise) and some assorted friends hang out.  The guard's wife and baby are already dead from the virus and the guard himself is not long for this world.  But he has been spreading the virus everywhere, including Hap's Gas Station where Stu and friends are hanging out.  Eventually Stu and the entire town are packed up and taken to a government facility, not necessarily with their consent. 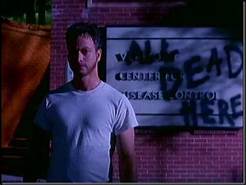 Not long afterward the virus is everywhere.  In Manhattan, Larry Underwood (Adam Storke) arrives to visit his mother.  He recently left home to become a singer in Los Angeles, but he has overspent his advancement and has gone home to escape  his creditors.  And in rural Maine Frannie Goldsmith (Molly Ringwald)is helping her father who has come down with the disease.  Eventually only she and her nebbish admirer Harold Lauder (Corin Nemec) are survivors in the town.  Into this cast of characters is also cast Nick Andros (Rob Lowe), a deaf mute who is stuck in rural Arkansas after being attacked by a gang of hoodlums.

On the other side, there is a malcontent named Lloyd Henreid (Miguel Ferrer) who has been jailed after a foiled holdup in which his partner killed the store owner.  Lloyd's partner is killed, but Lloyd ends up in prison as an accessory.  There is also a character known only as Trashcan Man (Matt Frewer), an arsonist who likes setting fires to things.

With 98% of the population dead from the virus, the survivors are called by superior powers (God and the Devil, or what have you).  The good guys feel themselves being called to rural Nebraska where an elderly black lady, Abigail Freemantle (Ruby Dee) is the instrument of good calling them to her. 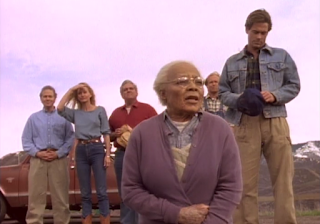 On the opposite side is Randall Flagg (Jamey Sheridan) (who may or may not be the embodiment of the Biblical Antichrist, calling the not so good guys to Sin City, Las Vegas. 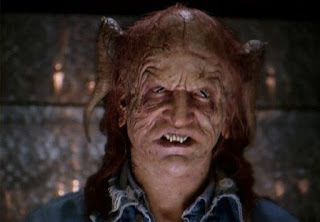 The second part of the movie involves the gathering of these assorted characters.  Nick meets up with a good but retarded man named Tom Cullen (Bill Fagerbakke).  Frannie and Harold eventuall hook up with Stu and an older man Stu encountered, Glen Bateman (Ray Walston).  All are being haunted by dreams of both Abigail who is calling to them and Randall who scares the shit out of them.

While both sides try to recreate society in their own way, the good guys eventually have to come to the conclusion that the Las Vegas contingent isn't going to sit on their haunches and expect a mutual piece.  What happens next constitutes the second two parts of the movie. Even though the good guys would like to coexist with the bad guys and have it be let each other alone, they know the truth that Flagg and Co. are not going to let it be such a mutual co-existence.

There are some traitors among the good guys, as to be expected.  And eventually the Denver group decides to send spies to see what's going on.  But Flagg is a bit more cognizant of their intentions than they would like to believe.

The movie as made takes a few liberties with the text.  After all, even at a 6 hour running time (it was made into a 4 part serial), some stuff had to be condensed to make it manageable.  And it should be noted that there is not much from the "unexpurgated" version that made it to the film; it's primary source is the original 800 page version.  The good thing is Stephen King had a hand in writing the script, so it stays pretty true to the book (unlike some other films I could name... Lawnmower Man anyone...?)
The cast includes a lot of familiar faces.  Even the author gets a brief cameo. 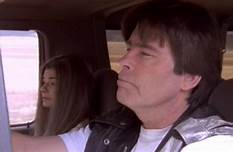 Watching The Stand may be hard on anyone who has lost friends or loved ones during the current situation.  At least the first act.  But the story is rather intriguing.  And it may or may not encourage conspiracy theorists on their views of the government,  (Again, especially in the first act).  One thing.  I rarely cry when watching movies, but if you watch it I will tell you that the scene in which Kathy Bates makes a cameo caused me to well up immensely.And not necessarily because she dies.  It's more of the circumstances surrounding her death.  You have to watch the scene to relate.  It has to do with my being such a strong advocate of free speech.
Time to head home, folks.  Drive safely.
Quiggy 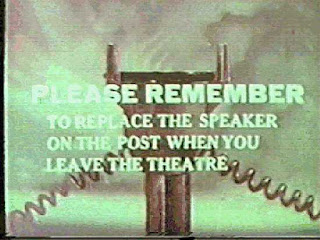