My Personal Reminiscence on Stephen King 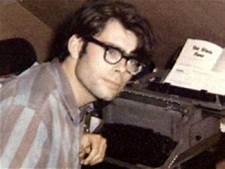 Early 1979 was a turning point in my life.  I was a junior in high school.  A friend of mine and I were discussing books and he told me about some stories in a book he was reading called Night Shift by a guy I had never heard of, Stephen King.  The stories my friend related sounded extremely fascinating and I immediately went to the local supermarket and found a copy of the paperback issue of the book.  As it turned out, I had actually read one of the stories before.  My uncle had a copy of the July 1976 issue of Penthouse under his bed, which had printed "The Ledge", and I had read it a couple of years before, but I didn't remember who the author was until I read it in the Night Shift collection.  (I'm not telling whether I looked at anything else in the issue.  but I was 15, so what do you think...?)

It turned out that King had been around for several years.  Not only the short stories published in Night Shift, but he had also published a few novels, and one, Carrie, had been made into a movie.  Of course, this was before my coming of age at 18, so I had not seen it, or for that matter even heard of it.  I started reading the books that were at that point available, and fortunately for me my introduction to King was in time for me to be aware of the TV miniseries made from his second book  'Salem's Lot. (which for some reason was changed to Salem's Lot without the first apostrophe for the TV show.)

This started a 20 year love of Stephen King.  I read everything that came out by King over the next 20 years.  I must admit I have grown lax in the last 20 years.  At some point I started to get annoyed with King who, rightly so in my opinion, has been accused of having "diarrhea of the word processor".    I have only read a handful of the books published since Desperation and The Regulators.  That last one was published under the pseudonym of Richard Bachman.  Which brings up a separate point.  King was such a prolific writer that he published 5 separate novels under the Bachman name, ostensibly because his publishers thought that more than one book by King on the market might hurt sales of both.

(As a side note:  I bought the Richard Bachman book The Running Man  off the rack at the supermarket when it first came out.  This was prior to King's exposure as being Richard Bachman.  I never cottoned to the idea that maybe it was King under a pseudonym at the time.  I still have the book.  It is worth, according to my last research, about $100 if I wanted to sell it.  Which makes it the most valuable thing I have in my house...)


My lapse of interest in reading King has not hurt my love of watching movies made from his work, however.  Although, truth be told, many of the movies made from King's works tend to be somewhat different from the stories themselves.  Being a traditionalist, I get annoyed with the ones that seem to have only King's name attached to them as a selling point, while the film itself has virtually nothing to do with the story.  Case in point, 1992's The Lawnmower Man.  Only one brief scene in the movie had anything to do with the actual story, but it still carried the title Stephen King's The Lawnmower Man.  (A side note:  King himself disavows the film and even sued the production company to have his name removed from the title.)

Many of the King movies I saw, as opposed to my blog title, in indoor theaters.  I think it's fitting, though,  that I saw Christine in a drive-in theater.  (Although not in my father's '60 Plymouth Fury, which would have been even more fitting, but even if he had been willing to let me borrow it, I never learned to drive standard transmission vehicles...)  Christine is not my favorite John Carpenter movie, but it is one of my favorite movie made from one of King's books.  I wholly identify with Arnie Cunningham (Keith Gordon).  I was the class geek in my own high school.

My first introduction to Stephen King film was the aforementioned TV mini-movie Salem's Lot.  It was a couple of years before I was old enough to go to the typically R rated theatrical versions of his work.  I just barely missed getting to see The Shining, so I only missed that and Carrie in the theater, but I religiously tried to get to every one thereafter, especially for a few years.  Creepshow was the first, and it remains one of my favorite horror films. Between 1982 and 1989 I went to the theter almost every time a new Stephen King movie came out.  (For some reason, I missed the original Children of the Corn.  I can't exactly remember why, but perhaps it never made it to the local theater where I lived.  And I wouldn't have driven to Dallas just to watch a movie.)

There is something about King that appeals to me.  His characters are easily acceptable, and many times I feel a certain affinity for some of them.  Arnie Cunningham from Christine is not the only one.  I also liked Bill (Emilio Estevez in the film) from Maximum Overdrive, Uncle Red (Gary Busey) in Silver Bullet and Stu Redman (Gary Sinise) from The Stand.

Not all the film adaptations are gems.  In fact, some of them are downright crap.  But the books and stories from which they (sometimes ostensibly) get their inspiration are great.  (Unless you are a sado-masochist, I wouldn't recommend any of the Children of the Corn movies.  Even the first one which is at least somewhat based on the story.  The rest are just typical Hollywood attempts to cash in on a "cash cow"... or "cash corn" if you'll forgive a pun...)

And even though horror is the primary milieu of King, I have to admit that my favorite book is Different Seasons, which featured four novellas, none of which are really in the horror genre.  Three of which were made into pretty damn good movies.  The Shawshank Redemption was based on "Rita Hayworth and the Shawshank Redemption", Stand by Me was based on "The Body" and Apt Pupil was based on "Apt Pupil".  The only one of the four that has yet to be made into a movie is "The Breathing Method", but word is it is coming to a theater near you as a film sometime next year.

A guy named Scott von Doviak has published a book in the Hal Leonard FAQ series called "Stephen King Films FAQ" which is a great place to start if you are not ready for a full course meal in Stephen King films.  It is also a great reference book for those of you who might be King fanatics.


Hope you enjoyed this reminiscence. 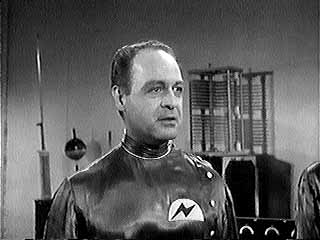